The key of success
is bonding business platform
with charity 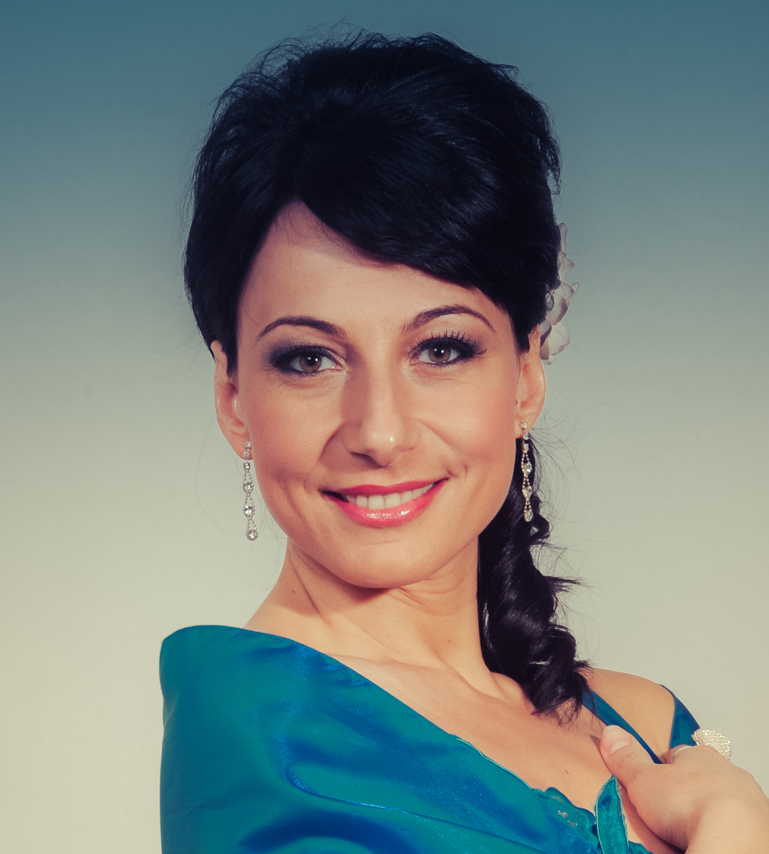 She was born in Nagygalambfalva at the foot of Transylvanian mountains in a little, romantic village. She has been involved in music and literary events since her early childhood and won numerous international awards. After her studies in music and high school she decided to be an actress and graduated at the Budapest National Theatre Academy. After completing the academy, she played major roles in many capital and rural theater (Budapest Operetta & Musical Theatre, Thália Theatre, Debrecen, Győr, Szolnok, Zalaegerszeg, etc.). Her Christmas album, made in 2003, became a gold record in the same year.

A few years ago she dived again into the classical genre’s learning and the world of opera. She has participated in several opera courses throughout Europe. Her master is the world famous mezzosopran: Júlia Hamari, who has been a member of the German Opera of Rhine since 1967 and performed several times at the Salzburg Festival, the Holland Festival, Milan, New York, London and many other stages in the world. Júlia Hamari has been a professor at the State College of Music in Stuttgart since 1989. Júlia Hamari previously worked with Krisztina Laki and Ilona Tokody. Ilona Tokody was Placido Domingo’s and Jose Carreras’s partner on many stages in the world. Katalin Benedekffy and Júlia Hamari received the “Master and Discipline” prize under Júlia Hamari’s leadership as a result of their cooperation. Júlia Hamari has participated in several gala concert tours in Europe in recent years (Germany, Spain, Austria, Switzerland) and overseas (USA: Los Angeles, San Francisco, Kanada: Montreal, Ottawa, Toronto).

Some outstanding success from the recent past: title role of the Báthory Erzsébet opera-musical, which was presented at Margaret Island Open-air Stage, in Debrecen debuted in the role of Zerlina (Mozart: Don Giovanni), and in Szeged she played Adina's role in Donizetti's Love Potion. Nowadays she works with the National Theater of Szeged, the Csokonai Theater in Debrecen and the Hungarian Opera in Cluj. We can often see her in various cultural programs on television.

In the meanwhile, she did not forget her narrower home, Transylvania, where she regularly attends, helps young people there and gives charity concerts to civil organizations and churches. That is why she is close with the thought to work in the foundation for the public, and to help those in need. She would like to contribute her professional work to the Foundation's successful operation.

Citing the Artist: The task of art is to make life better and more beautiful. I hope that we can contribute to the prosperity of disadvantaged people together. Thank you for your confidence, I'm happy to accept the invitation.

OR YOU CAN ALSO TRANSFER VIA PAYPAL SYSTEM WITH A FEW CLICKS!